A forest guard flees from a protective rhino and her calf inside the Bagori Range of Kaziranga National Park, a protected area in the northeast Indian state of Assam © Jugal Bharali / Sanctuary Nature Foundation

We are pleased to tell you that the 11th World Wilderness Congress (WWC WILD11) will convene in Jaipur, India, in March 2020. The official co-hosts are the State Government of Rajasthan, Sanctuary Nature Foundation, and Wilderness Foundation Global (represented by the WILD Foundation). Planning started in May 2019 and is advancing quickly…the time frame is short, focused, very productive, and exciting!

What a difference a year makes! The editorial in the August 2018 issue of IJW announced that the 11th World Wilderness Congress would convene in China in late 2019. The organizers within and outside China had been asked to establish a formal Organizing Committee, and an official media launch was held at the People’s Daily (the world’s largest media company, the voice of the Chinese Communist Party). We also reported the following in that editorial:

“Political permission” is required in China for such a process and gathering that involves many foreign organizations, governments, and interests. The WWC is an independent entity and not a formal part of the United Nations, therefore obtaining such permission is unusual, complicated, and not assured… negotiations [are] well underway with the appropriate ministries.

Over the succeeding months, that “political permission” eventually transformed into a “request” to us that WILD11 be considered for an unspecified date in the future, certainly after the Convention on Biodiversity meeting in Kunming in late 2020. After consulting with partners on the Organizing Committee, our decision was not to indefinitely postpone WILD11. It is crucially important to keep wilderness clearly on the global agenda as we move into 2020, the globally historic year for the environment. WILD11’s mission is to be an effective part of that global process, hopefully with an Asia venue.

So, by agreement with our partners we suspended activities of the Organizing Committee until further notice. We then focused our China work on projects already underway, without it being aimed toward a WILD11 China. This meant continuing our work with China colleagues to develop a wilderness policy framework for the new national park system and advocating for China as a Nature Needs Half country (see Yue et al. in the August 2018 issue of IJW). Meanwhile, we reached out to our global wilderness community.

Pivot from East Asia to South Asia! As soon as our colleagues in India learned of the change, they asked to be considered as a venue. Fevered negotiations ensued, and within the remarkably short period of two months the State of Rajasthan issued an official agreement to co-host and to support some basic operations of WILD11 if it were held in Jaipur, our originally requested venue. It has been a blitz to see such a rapid uptake by a formal (and Indian) bureaucracy of the global and regional mission of WILD11. The level of commitment and enthusiasm, and the pace of planning, is the highest of any other Congress in 45 years.

Rajasthan is India’s second largest state. Its arid deserts and grasslands in the far west are home to the great Indian bustard (the endangered GIB, the largest flighted bird) and to the nature-worshipping Bishnoi peoples. In the east is the globally famous Ranthambore Tiger Reserve. In the center is Jaipur, the “Pink City,” with Moghul forts and palaces on every hilltop, one of the world’s oldest and most successful urban water harvesting programs, and more.

One of Jaipur’s urban jewels is featured in this issue. The Jahlana Leopard Reserve is within the city, just a 20-minute drive from the WILD11 venue, with a thriving population of breeding leopards, wild boars, hyenas, jackals, deer, and more. It is likely the only urban nature reserve created and named specifically for a major predator.

The agenda for WILD11 is half global, half India. Globally, we will be pushing for expanded, more ambitious, interconnected, protected-area targets that safeguard human health and well-being and for uniting the work for climate and nature. We are dangerously close to “tipping points” in each, so we must unite our efforts and work directly toward the processes later in 2020 of the Convention on Biodiversity, and United National Framework Convention on Climate Change.

For India, we will present the models of community, connectivity, commitment, and compassion that allow conservation to work in what will soon be the most populated country in the world. Despite its myriad challenges, India has populations of major wildlife living with and among human communities and is finding many solutions. One of those is also profiled in this issue. COCOON is one model of transforming community well-being and biodiversity by rewilding…and in the process “transforming the tiger from a predator into a producer.”

Also in this issue of IJW, Jesse Engebretson and Troy Hall explore the historical meaning of solitude and primitive recreation in the Wilderness Act of 1964. Basak Tanulku examines the English Lake District as a culturally wild landscape. We would also like to thank Dr. John Shultis, our outstanding book editor of IJW, for his long-standing contributions and service to the journal and conservation. This issue represents John’s final issue as book review editor, and we wish to express our great thanks for his tireless efforts and collaboration. Best wishes, John, for your future endeavors and adventures!

Join us in Jaipur to explore, celebrate, and produce conservation solutions for wilderness and people. There will be many and diverse science and policy sessions, training for wilderness and wild and scenic rivers managers, and many opportunities for volunteering and participation. Through CoalitionWild (https://coalitionwild.org/), there is an emphasis on young people and young professionals and Women in Conservation is an important track at this Congress. Sessions will also be recorded and posted for viewing after the Congress.

VANCE G. MARTIN is an associate editor of IJW, president of the WILD Foundation, and president of Wilderness Foundation Global; email: vance@wild.org. 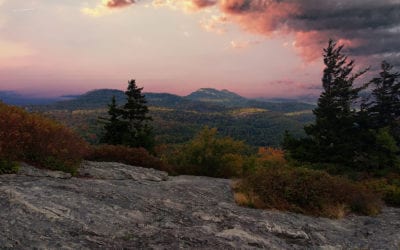 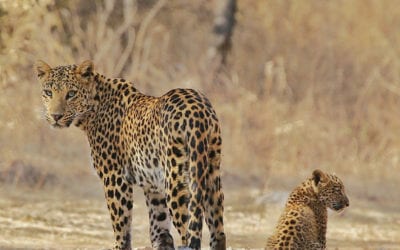 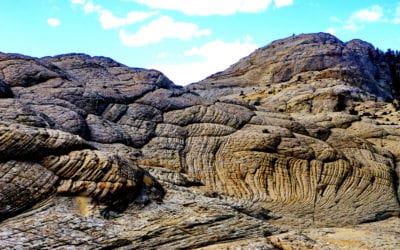 Managing recreational opportunities and resource use while simultaneously working to conserve unique ecosystems for future use is particularly challenging in a vast and varied landscape such as Grand Staircase-Escalante National Monument.