Preserving the Wildness of Wilderness in the Anthropocene

Wildness: What is this evocative and elusive, primal and unquantifiable quality of Wilderness? Why is it so threatened in the non-analogue future we face? Why and how should we perpetuate it?

We begin with the root word that wildness shares with Wilderness: will, referring to an entity’s being self-willed. But while Wilderness is a place, wildness is a condition wherein the processes of an area’s genesis are allowed to shape its future, free from human willfulness, utility, or design. Wildness is thus defined as “The state of a landscape characterized by its freedom from the human intent to alter, control, or manipulate its components and its ecological and evolutionary processes.” (Kaye 2012)

Its being “free from human intent” is important, for two reasons. First, it reminds us that wildness also has an inter-relational dimension. It’s a way of relating to the land, a relationship of respect for, restraint toward, and deference to these processes. Second, it differentiates wild from natural, which dictionaries generally define as “not shaped by or substantially changed by human activities.” Or if you prefer a more, management-focused definition, the US interagency Wilderness Monitoring Protocol (Landres et al. 2015) defines natural as where “ecological systems are substantially free from the effects of modern civilization . . . where the primary goal is to allow ecological systems to evolve and change freely without human influence.”

“By definition, wildness is something—perhaps the only thing—we can never own or control. Thus, the perpetuation of wildness releases Nature from being ours to being its own.”

But even now, in the early Anthropocene, there is no such place. Nowhere is free from our effects or unaffected by human influence. Our species is changing the atmosphere, hydrosphere, lithosphere, cryosphere, and biosphere—in fact, all spheres of Earth system function. From ocean depths to the stratosphere, our footprint is everywhere, expanding and accelerating. We don’t like to admit it, but increasingly, this is becoming a post-natural world.

So here is the problem: While the Wilderness Act places the untrammeled, wild condition at the center of its definition of Wilderness, it also specifies that Wilderness is to be “protected and managed so as to preserve its natural conditions.” How might “natural conditions,” (i.e. historic or current wildlife and plant species, habitats, ecosystems, and view sheds) be preserved in the changing future we face?

The response has been to employ ecological interventions, that is, manipulations and restoration efforts to resist, direct, or reverse change. The list of interventions being implemented or proposed is long: manipulation of the hydrological system using water impoundments, dikes, and dams; providing artificial water sources, (i.e. guzzlers) for desert wildlife; using prescribed fire or fire suppression; planting green-house raised, disease resistant, warm temperature adapted plants; introducing or assisting the migration of wildlife and plants; applying herbicides; and the mechanical removal of vegetation. Then on the horizon are emerging (and scary) technologies such as synthetic biology and powerful new genetic engineering tools. And all have potential unintended consequences.

In a major study of interventions across the National Wilderness Preservation System (NWPS) Lucy Lieberman (2017) found that between 2011 and 2015, 37% of wilderness units had already conducted interventions. Many units had intervened multiple times. Another study conclusion was that “Overwhelmingly, managers felt active manipulations were likely to increase in the future.” George Nickas, (2021) the executive director of Wilderness Watch, says that “as funding for climate-related mitigation increases, the misguided pressure to intervene and domesticate these wild landscapes also increases.”

All interventions are well-intended. The impulse to resist change, to hang on to what we have, is understandable. But we must remember that every intervention, however important the resources or uses it seeks to perpetuate, diminishes an area’s wildness, diminishes its freedom to adapt and evolve as it will.

So, the central question as I see it is: Should we strive to maintain natural conditions, that is, the products of evolutionary creativity at our point in time, or should we perpetuate that creative process itself, wildness?

This is now recognized as the “dilemma of wilderness stewardship.” It is compounded by the fact that the wilderness decision making process the US federal land agencies use, the Minimum Requirements Analysis (MRA) and its supplement for evaluating proposals for ecological interventions, tend to facilitate the agencies “action bias” toward intervention. As Lieberman (2017) states, “The unequal pressures managers face to preserve the natural quality . . . may threaten the few remaining wild places in the NWPS.” It is threatening wild areas, Nickas (2021) emphasizes. “The agencies’ MRA process pits the values of Wilderness against each other, allowing managers to ignore its essence, which is wildness.”

Exacerbating the problem is that with our current case-by-case, patchwork decision-making process, one decision to intervene leads to another—it’s a decision creep of incremental, but cumulative changes through which, without a conscious decision, a wilderness can become more managed, less wild. David Cole (2011) described the US federal agencies’ approach as “a recipe for a homogenized wilderness system in which all values are compromised and none are optimized.” Cole (2000) thus proposed an approach for “allocating separate lands to each opposing value [naturalness and wildness] and embracing diversity.”

I have reluctantly and sadly concluded that if we are to perpetuate some truly wild areas within the NWPS, we must develop such a two-tiered wilderness system. The framers of the Wilderness Act were visionaries, certainly, but they couldn’t have foreseen the changes and conflicts wrought by global-scale change. It is just not realistic to believe that all 111 million acres of the NWPS will remain as untrammeled as they had intended. They are not now.

We will need to develop a procedure for identifying or designating some wilderness areas or portions thereof as hands-off, non-intervention wild areas. Call them Evolutionary Heritage Lands. Within them, ecological systems and their components would adapt and evolve in response to global-scale change. We would accept, for example, that the populations of some preferred species will decline and be replaced by others more suited to the changing conditions. Changes in composition and structure of the systems would not be resisted but become part of what may eventually become novel ecosystems. Our humble role would be to watch and learn as the ecosystems transition as they will, however they will, and not according to our will.

But other wilderness areas, because of their unit purposes, location, or presence of high-value species or conditions, will need to continue making intervention decisions based upon the current MRA process. Nevertheless, where they are required or deemed necessary, all interventions in Wilderness should be limited, targeted, and temporary.

Which areas should be Evolutionary Heritage Lands? Hard decisions and tradeoffs will need to be made, informed by science but made in the social and political arenas. Research in the NWPS will need to be refocused some to address the questions of 1) which areas can be practicably maintained as Evolutionary Heritage Lands? and 2) in which areas could we practicably intervene to maintain the desired natural conditions?

First though, we must address the agencies’ “action bias,” that is, their tendency for favoring perpetuation of those natural conditions, and thus supporting interventions. Most importantly, we need to better understand and articulate the functions and values of wildness and wild areas so that they can be more fairly considered when competing with the more tangible reasons for intervening and managing. So finally, let’s consider reasons for perpetuating wildness and establishing inviolate Evolutionary Heritage Lands. 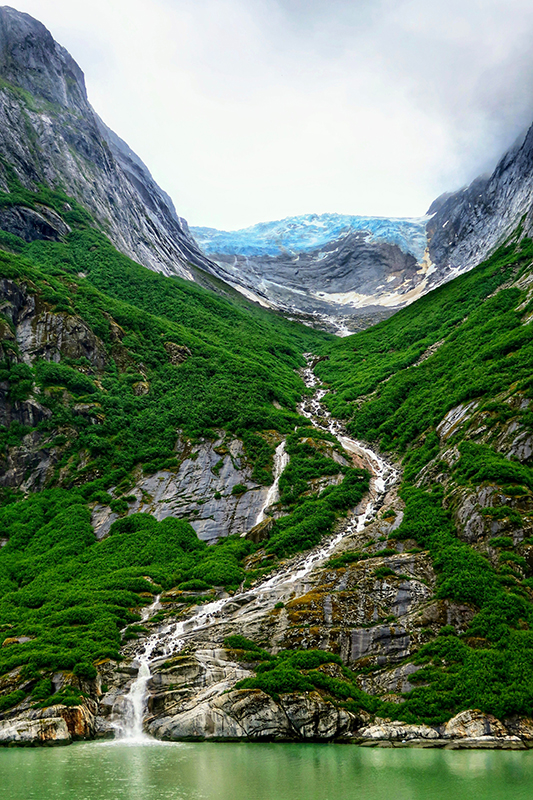 Best recognized by the US federal land agencies are the scientific functions of wild areas that Aldo Leopold first espoused. Wild areas can serve as laboratories for understanding how ecological systems function, transition, and respond to change when left alone. Thus one of the reasons that wilderness movement leader Olaus Murie argued for the Arctic National Wildlife Refuge to be preserved as “a little portion of our planet left alone” was that it would enable us to “see how Nature proceeds with evolutionary processes.”

But the greater value, the aesthetic, allure, and mystique of those special places set apart for wildness lie in the meaning they come to have, what they symbolize. As places wherein we recognize a non-anthropocentric reason for being (i.e., their intrinsic value), they come to represent that part of us that still holds reverence for something outside human utility. By definition, wildness is something—perhaps the only thing—we can never own or control. Thus, the perpetuation of wildness releases Nature from being ours to being its own. This is the most genuine expression of environmental humility. It’s an encouraging demonstration and reminder of our capacity for restraint. Ultimately, wild areas serve as a gesture of respect for and deference to the autonomous creativity of unwilled processes that shaped—and connect—our species, all species, and all the Earth.

As places set apart from human willfulness and hubris, Evolutionary Heritage Lands can enhance understanding of how these traits have distanced humankind from its sense of dependence and interdependence with the larger community of life. As we move farther into the terra-incognita of the Anthropocene, changing the world and ourselves, they can serve as anchor-points. Those who visit can experience the sheer otherness of a place that is there for itself. So too, they can catch an atavistic, experiential glimpse of ancestral ways of knowing and relating to the world. And millions who will never visit can find satisfaction and inspiration in knowing and imagining that really wild places still exist. Remember, what is also kept alive in wildness is something of ourselves.

Yes, lip service is given to wildness, but little is done to operationalize and perpetuate it. Perhaps that’s because wildness threatens managerial precepts. Perhaps too, it’s because we lack the objectivity and humility to accept that there is a resource on the landscape that we can’t count, weigh, or measure. Yes, the unmanaged and unquantifiable nature of wildness is a problem for many, but that nature is central to its essence, its intrigue, its otherness.

And so too is the paradox that the intent to leave some areas self-willed must come from human will, that to maintain them free of human purpose must be a human purpose. 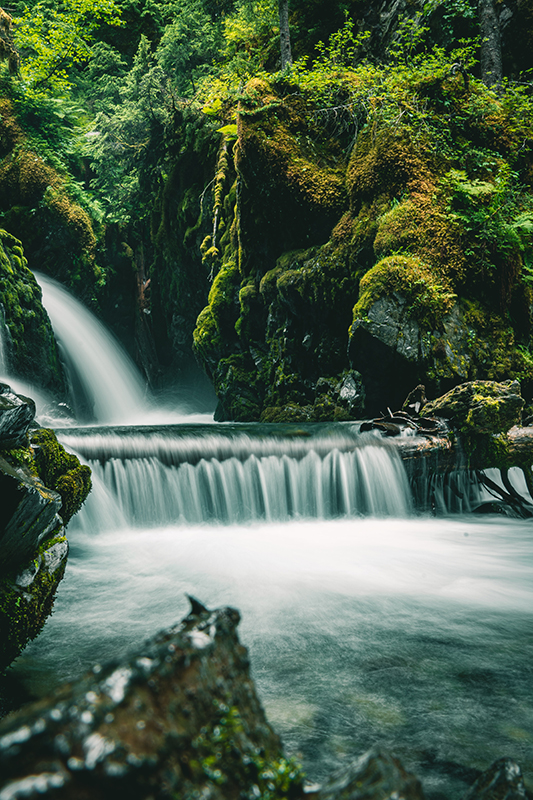 ROGER KAYE is the Alaska Wilderness Coordinator for the U.S. Fish and Wilderness Service. This article is based on the author’s judgement, interpretation, and emphasis, and does not constitute a policy position of the author’s agency. email: roger_kaye@fws.gov 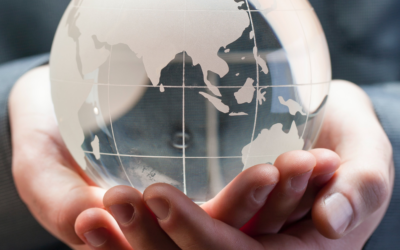 Ambition: The Power of a Big Idea and Sticking to it

Protecting Half of Earth’s land and seas requires the power of persistence, truth and relationships. 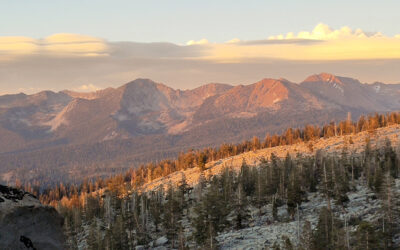 To avert overcrowding, mitigate biophysical impacts, and ensure quality wilderness experiences, managers utilize a suite of management tools, including inventories and assessments of wilderness campsite and social conditions, to evaluate changes to use and condition over time.

Investigating the population of recreational mountaineers on two Cascade peaks to gain a better understanding of who the climbers are and to investigate the perceived crowding levels.