There is something very odd about Britain. We have lost most of our large mammals, more than any other medium-sized or large European country except Ireland. While the average forest cover in the rest of Europe is 37%, the UK has only 13%. In Europe the uplands tend to be refuges where forests and wildlife have been allowed to remain. In Britain our uplands are largely degraded and ecologically barren. We have no large areas either on land or at sea in which we let natural systems unfold. Britain’s land is almost all managed. Even in conservation areas, nature is controlled and natural processes of succession are seldom permitted. Our upland national parks are dominated by sheep, grouse, and overstocked deer and are unable to reach their ecological potential. Practices such as cutting, grazing, drainage, and burning are routine. Naturally regenerating native trees and shrubs are also routinely cut and excavated in our nature reserves. Conservation in Britain, to a greater extent than perhaps anywhere else on earth, does not aim to protect self-willed ecosystems but rather farming systems, where only a small and unrepresentative sample of wildlife can persist. And because of this, very few people have experienced truly balanced functioning natural habitats and the sense of wildness these places allow. royal possession and was sold off over the next century to ease the pressure on royal finances. Over the same period, rapid urban growth provided an expanding market for agricultural surpluses quite unlike anywhere else in Europe. The enclosures of agricultural and common land, both by local agreement and through a succession of Parliamentary Acts, also brought with it considerable landscape change. The resulting consolidation of land into individually owned or rented fields saw the end of the peasantry and the start of a system of ownership, tenancy, and agricultural laboring only seen in Britain. A great diversity of landscape features and habitats were cleared to create the first commercially driven farmscapes. In Scotland, the Highland Clearances during the 18th and 19th centuries saw the forced displacement of a significant number of people from traditional land tenancies where they had practiced small-scale agriculture. Large sporting estates were bought by newly rich industrial magnates, and the collapse of sheep prices in the 1870s released further cheap land for sporting use. (This is one reason why almost 60% of Scotland is now used for deer stalking or driven grouse shooting.) And with it developed a rich set of Victorian-era mythologies, traditions, and perceptions which surround sporting land ownership. As the potential for profits from the land rose so did the pressure to bring previously marginal lands into production. For example, it saw the drainage of huge areas of wetland in the fens, despite fierce opposition from local villagers who were deprived of their traditional means of livelihood from wildfowling, fishing, and reed cutting. Profits from the wool trade and their proximity to water and water power also turned much of Britain’s uplands into extensive sheep pastures.

Why Are There So Few Naturally Functioning Ecosystems Left in Britain?

There are complex, complicated, and possibly controversial reasons why this is the case. These largely come down to the way that land has been owned and used – in particular, the highly concentrated pattern of ownership. Britain is believed to have the second highest concentrations in the world (after Brazil). As far back as the 11th century, the Norman conquest brought with it a unique form of land ownership to England (and later to Wales and Scotland), placing absolute land rights in the hands of the king and his nobles. Later, the dissolution of the monasteries in the 16th century meant that large chunks of monastery land (approximately 25% of the total land area) passed into Across all these years there has also been an incessant campaign, brought about through a lucrative bounty system legislated by Parliament, for extermination of “vermin” – those birds and mammals perceived as in conflict with humanity’s shifting interests and priorities. Over a 500-year period, this saw the extermination of the last of Britain’s apex predators – the wolf – and many of our native birds and large mammals (beavers, wildcats, pine martens, sea eagles). The result of these events has been the long-term impoverishment of Britain’s native wildlife and habitats and the loss of its function-ing ecologies, including its trophic cascades. While in Britain we understand the importance of nature and landscape to our quality of life, our experience and knowledge of the natural world is based on highly managed countryside or nature reserves. Wrecked and barren landscapes are commonly described in glowing terms, such as this description of the almost lifeless Cambrian Mountains by Uney (1999): “Quite simply, there is nothing in Wales to compare to the wilderness and sense of utter solitude that surrounds these vast empty moorlands.” The concentrated ownership, fragmentation, and compartmentalization also means that, although in the rest of Europe land abandonment is leading to spontaneous rewilding, it is not happening in Britain. Because landholdings tend to be much bigger, they permit farmers to make a living purely from drawing subsidies. This, combined with the tax advantages granted to landowners and the prestige value of shooting estates, ensures that infertile land that might otherwise have been of little interest is a highly lucrative asset. burning, and drainage of the uplands and by the canalization and dredging of the rivers. And there are increasing calls for investment in planting trees and changing land management practices to encourage the restoration of natural climax vegetation communities in areas upstream of our towns and cities. And it’s not just water – we are losing our soils at an alarming rate as well as the ability of our habitats to act as carbon “sinks.” We now know that the highly simplified ecosystems of the kind that prevail across Britain are also much less resilient to environmental change, such as climate change and invasive species.

Rewilding Britain – The Start of a New OrganizationThe debate about an alternative future for Britain’s ecosystems and wild places was unleashed by the publication of George Monbiot’s book Feral. Rewilding is not new to Britain. Over the last 20 to 30 years, visionary projects such as Trees for Life, Wild Ennerdale, Carrifran Wildwood, and the work on the Knepp Estate have provided a glimpse of how rewilded landscapes could look. Large conservation organizations such as the National Trust, the RSPB, the Forestry Commission, the Wildlife Trusts, and Natural England have also begun to move toward rewilding on some of their land. However, Feral helped open the space for debate and inspire and engage a much wider audience. Some of those inspired by this debate met in late 2013 to discuss what could be done to advance the case for rewilding in Britain. There was a common desire to revisit the way we manage and conserve the land, to allow natural processes to reassert themselves and to create inspiring landscapes that deliver maximum benefit to society and to nature. It was clear that while there are a number of local and regional projects in Britain, there was no national-level initiative taking a progressive, collaborative approach to large-scale rewilding. Hence the start of a new organization: Rewilding Britain (Figure 1). 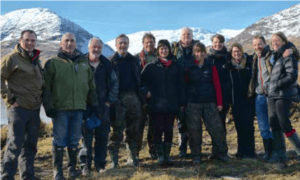 Figure 1 – Board and Staff of Rewilding Britain

Rewilding Britain was set up to promote the large-scale restoration of ecosystems in Britain, both on land and at sea. We believe it is not enough merely to try to preserve tiny fragments of our wildlife. Meaningful conservation must involve restoring natural processes and reestablishing missing species. Rewilding does not attempt to produce fixed outcomes. It sees dynamic ecological processes as an essential, intrinsic aspect of healthy living systems. The animals we lack, such as beavers, boars, lynxes, wolves, large tunas, pelicans, cranes, and storks, are not just ornaments of the ecosystem – they have a role as ecosystem engineers and are essential to an effectively functioning environment. Within 100 years we would like to see at least 1 million hectares (2,471,053 acres) (4.5%) of Britain’s land and 30% of our territorial waters rewilded. To put this in perspective, in England alone there are 380,000 hectares managed as golf courses (BBC 2013). By 2030 we would like to see at least 300,000 hectares (741,315 acres) of core land areas and three marine areas established where nature is starting to take care of itself and key species are starting to become reestablished. These areas will be ecologically connected, supported by an engaged and enthusiastic public, and will deliver a range of benefits for local communities and landowners.

Some key elements of the rewilding projects we aim to catalyze and support are that:

How Will We Do This?

Understanding the historical context of wild places in Britain is crucial for the effectiveness of our approach to rewilding. The different social, political, and cultural contexts in England, Scotland, and Wales necessitate taking very different approaches in each country. In Scotland, our focus is on the rewilding of at least one large area up to 5,000 km2 (1,930 miles2), crossing different biogeographic zones on land and down to the sea. We are ultimately aiming to put the building blocks in place toward securing long-term protection through, for example, IUCN Category II National Park status and assuring the worldwide recognition this would bring. Central to delivering this vision in Scotland is a demonstrated desire to empower the rural communities and people who work on the land along with the owners of that land, whether community, environmental NGO, or private. This approach recognizes the need to lead by example and responds to three specific issues. The first is that the rewilding agenda will require a significant reduction in red deer. This represents a change to single species management of the Victorian sporting estate model. And for those Highland stalkers affected, we will need to demonstrate that there is a viable alternative involving jobs that require similar skill sets and deliver similar rewards. The second is that the Highland Clearances have left a legacy (which Land Reform in Scotland in part seeks to address) of grand ideas being imposed on rural communities with disastrous consequences. It is crucial therefore for landowners and communities to take ownership of the idea, look critically at the risks and the benefits, and be willing to be part of establishing a wider rewilded landscape with the significant economic drivers this could bring. The third is that many of the 432 landowners who own 50% of private Scottish land base their estate management on the traditional Victorian model of a highland sporting estate (Hunter et al. 2016). Balmoral is a key example of this. Landowners who behave differently (for example by reducing deer numbers and affecting their neighbors’ sporting interest) can feel ostracized from their social networks. So few have forged a new path. It will therefore be important to provide owners who wish to change with a new form of social identity, one that promotes recognition and self-worth based on caring for the natural world and providing public goods. In England and Wales there are fewer areas suitable for large-scale rewilding. However, there are some interesting potential models emerging that can achieve rewilding through connectivity – particularly those where working in partnership at a catchment level could provide nature-based revenue flows and public goods to multiple stakeholders. For example:

To this end we are already in discussions with partners with access to, and/or influence over, land the way it is used such as the National Trust, Countryside, Land and Business Association, Ministry of Defence, Wildlife Trusts, Yorkshire Water, private landowners, and others. Rewilding Britain is in its infancy. We are still developing our approach and, as yet, can claim to have found few answers to the com-plexities of putting into practice our vision for rewilding. We are, how-ever, keen to learn from other models for rewilding from around the world. And we are excited about the poten-tial for bringing rewilded landscapes to Britain. Not as a re-creation of the past but rather as part of a new rela-tionship with the land and nature for ourselves and future generations.