Proof I Was Here

In the closing session at the National Wilderness Conference, Monica Patel, a young, poised, articulate wilderness fellow, urged attendees to go home and prove that they were here. Although the success statistics of the 50th anniversary of the Wilderness Act speak for themselves – more than 850 community-level events; the opening of the yearlong “Wilderness Forever” photography exhibit in the Smithsonian’s National Museum of Natural History (which will be visited by an estimated 8 million people); the D.C. Wilderness Week that spawned Senate passage of a resolution supporting the 50th anniversary; the National Wilderness Conference, the first national gathering in 25 years of nearly 1,200 members of the wilderness community; 116 agency, nonprofit, and corporate sponsors; and national media coverage – being “here” implies a sustained continuation of these transformative experiences.

Two words from a recent Orion Magazine article resonate with me as I think through how to prove I was here: empowered powerlessness, the reality that I have a tremendous responsibility to the future of wilderness but ultimately little control over its fate. This is a prevailing feeling among my generation regarding environmental issues, and it has led many of us to seek unconventional roles that find power at smaller scales. The anniversary is the crucible in which seasoned, and perhaps jaded, wilderness advocates like myself were reborn in our collective commitment to wilderness. We embraced our empowered powerlessness, not as a negative but rather as a hopeful acknowledgment of our ability to act as change-agents in our own immediate social circles through expressions of our contagious passion for wilderness. To prove that I was here is to maintain my small contribution to wilderness preservation, to accept that this is enough, and to trust that I’m part of a chorus of voices of new and reborn wilderness advocates who were equally inspired through their own transformative anniversary experiences. To prove that I was here is to keep singing in that chorus and to hang on to as much of my rebornness as I can, until we celebrate the next milestone in wilderness history. 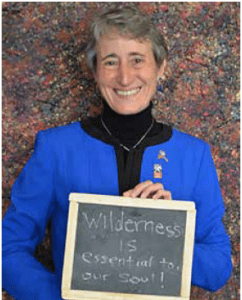 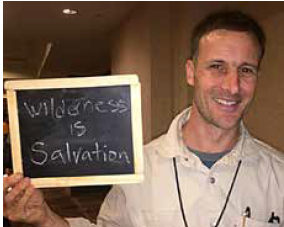 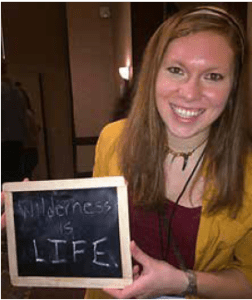 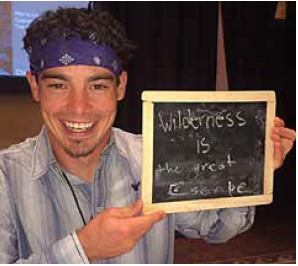 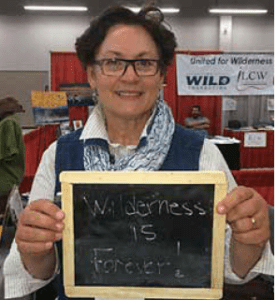 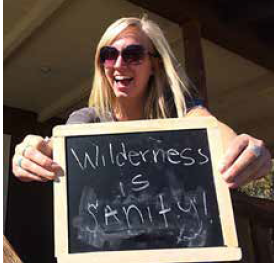 Figures 1–6 – We asked participants at the National Wilderness Conference to fill in the blank on our chalkboard: “Wilderness is ____”. Here are the
reasons they “were here”. Photos by Kasey Rahn.