Nature in the Anthropocene: What it no longer is, Will never again be, and What it can become

Nature is not about preserving old things, but about creating new ones. New Life. New Ideas.

Ah, Nature. Its protection and perpetuation has been the heart of conservation and of US federal conservation agencies’ missions since their founding. Has been—but in this emerging age wherein humans have become a dominant, disturbing, and destabilizing force upon the entire Earth system, maintaining what’s “natural” is no longer a viable goal. At least not as natural has been traditionally understood. Nature changes in response to changing conditions, and so must our conception of it.

A synthesis of dictionary entries shows the traditional understanding of natural to mean “not shaped by or significantly affected by humans.” Or if you prefer a more official, management-focused definition, the US Interagency Wilderness Character Monitoring Protocol defines natural as where ecological systems are substantially free from the effects of modern civilization, “where the primary goal is to allow ecological systems to evolve and change freely without human influence”. (Landres et al. 2015. emphasis added)

But even now, in the early Anthropocene, there is no such place. Nowhere is free from our effects or unaffected by human influence. Our species is changing the atmosphere, hydrosphere, lithosphere, cryosphere, and biosphere—in fact, all spheres of Earth system function. From ocean depths to the stratosphere, our footprint is everywhere, expanding and accelerating.

We must move beyond the dualistic vision of humans apart from Nature, as separate entities influencing each other. They have become inseparably intertwined, entangled in a now hybrid world. That divide between what is natural and what is human, grounded in 18th Century Romanticism, is fast becoming a quixotic anachronism. There is no longer any nature to be separate from—not on this planet anyway. The fact is that in this post-natural world, nothing remains natural by traditional definitions, and everything is natural in the new understanding—including what humans do. Our conservation laws, policies, and programs developed to protect landscapes from development, exploitation, and damaging uses, not from global-scale impacts.

More and more we hear that the increasingly problematic concept of “Nature” and maintaining what is “natural” is no longer a viable primary conservation goal.  “Let it go,” many say.  Replace it with a paradigm like ecological integrity or, more commonly, biodiversity. Representative of these growing voices is Ecology Without Nature author Timothy Morton, who argues that “we must relinquish the idea of nature once and for all.”(2007)

That may make sense from a biological sciences perspective. But Nature andwhat is natural, has never just been an objective ecological or baseline condition. Unlike biodiversity, Nature also has aesthetic, psychological, spiritual, and symbolic dimensions and these are prominent in the public’s experience, valuation, and motivation for protecting landscapes. Nature evokes a sense of beauty, sublimity, and tranquility.  Interacting with Nature has been shown to enhance many aspects of well-being. Spiritually, Nature can be a medium for seeing oneself from a larger perspective, connecting to an ultimate value larger and beyond oneself. Symbolically, the concept of Nature has always carried meaning for how we should relate to the more-than-human world, and now to what has become the most critical issue of our time: human-Earth relations. Regardless of the degree to which our concept of Nature is archetypal, with roots in our evolutionary past, or socially created, an artifact of culture, it evolved to meet human needs—needs that continue and, arguably, are greater now in the Anthropocene.

It was The End of Nature, Bill McKibben’s 1989 bestseller that first brought the Nature dilemma to fore. It didn’t forecast the end of the world. Rather, it warned of the end of “a certain set of ideas about the world and our place in it.” “An idea, a relationship,” McKibben explained, “can go extinct, just like an animal or plant.” (1989) 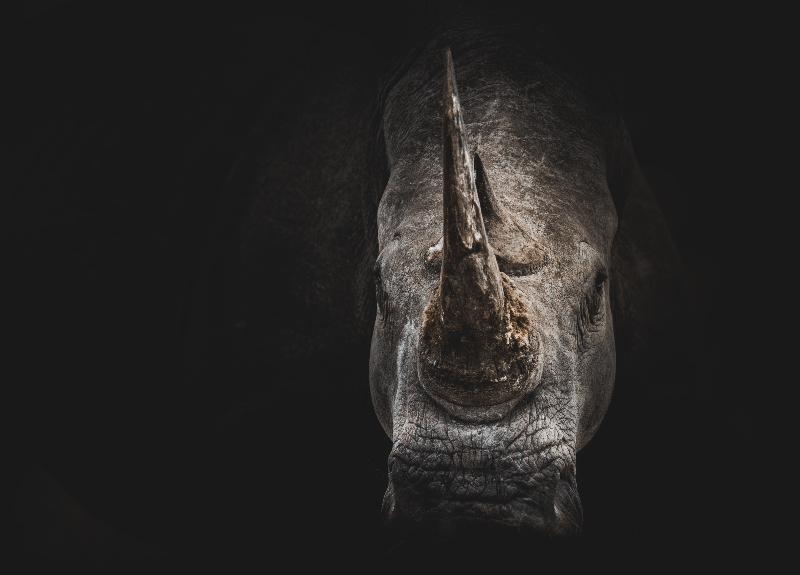 “…untrammeled Wilderness joins places and sites that throughout history and across cultures have come to embody attributed meanings. Like sacred groves, shrines, and cathedrals, to which Wilderness is so often compared, untrammeled areas are especially conducive to experiencing the aesthetic, symbolic, and spiritual values associated with Wilderness.”

Yes, many of our venerable, mythopoetic notions of pristine Nature are headed for extinction.  Lost forever is the “natural” area’s causal continuity with the past, and with it the opportunity for us to experience—or imagine—them as remnants free of the effects of civilization. But considering the full dimensionality of the Nature concept, the functions it serves, and the benefits it provides, we shouldn’t abandon or replace it with scientific paradigms. Rather, we should redefine Nature and natural, and operationalize them so as to be viable for the Anthropocene era. Protecting Nature could then take its place along with biodiversity and ecological integrity as a stewardship goal, recognizing and protecting the values they don’t.

We should adopt more Anthropocene-appropriate definitions. The Alaska Fish and Wildlife Service Anthropocene Guiding Coalition (AGC) and its subgroup, What Future for Alaska Wilderness in the Anthropocene Group (FAR-WAG) have proposed new definitions for natural, wild, and untrammeled in the Anthropocene. According to its charter, the Coalition guides a transition of agency culture toward an Anthropocene aware and ready future by engaging and empowering regional employees to adopt new ways of thinking and bold innovations to meet the challenges of a new and unknown future. Roger Kaye, Ed Zahniser, and Scott Covington were the primary authors of these definitions.

Natural refers to areas free from significant intentional human alterations, developments, mechanisms, noises, and other artifacts that remind or connect one to modern civilization. Such areas are natural regardless of the degree to which their composition and ecology has changed in response to global-scale anthropogenic factors.

Naturalness is largely perceptual and is associated with aesthetic, experiential, symbolic, and spiritual benefits of landscapes.

Wild areas are natural and are further characterized by their freedom from the human intent to alter, control, or manipulate their components and their ecological and evolutionary processes. 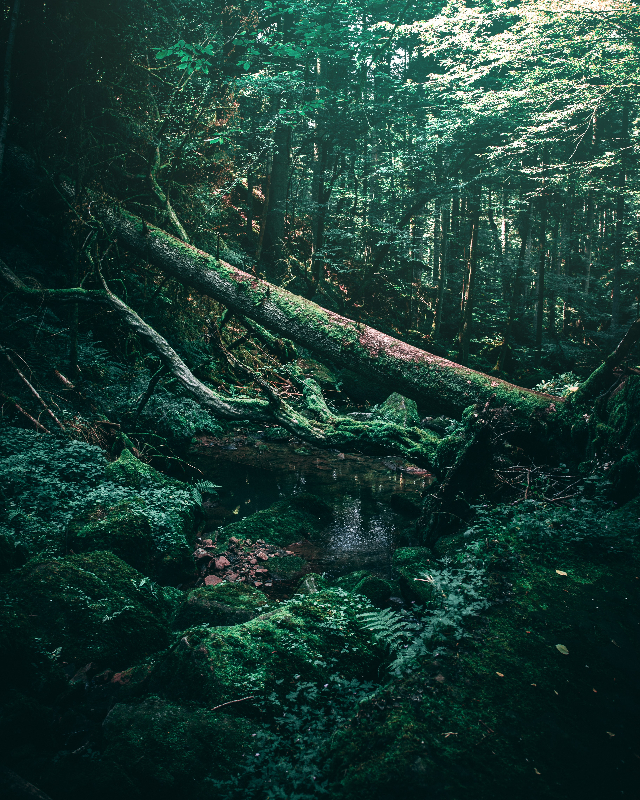 Wild areas are self-willed, free to adapt and evolve as they will, in response to “natural” or global-scale anthropogenic factors. They are free from human willfulness, purpose, utility, design, or intervention that may occur in natural areas. Among other functions, wild areas serve as laboratories for understanding how ecological systems function, transition, and respond to change when left alone

Untrammeled is at once a condition of and a relationship to the landscape. Untrammeled areas are natural and wild because, through designation, they have been conferred with intrinsic value based on respect for, restraint toward, and deference to the area’s freedom from human willfulness.

Untrammeled incorporates the inter-relational dimension of Wilderness. It represents not just the condition of a landscape, but how we relate to it; its about how we interact with the environment as much as the effect of that interaction. An area can be wild as when Howard Zahniser referred to “the wildness of the Universe” only because humans haven’t had a reason or the means to alter or control it (yet). But an area is untrammeled when humans could so change the landscape, but through the social process of designation or consecration they have consciously, purposely decided not to, making it “a place set part.” Thus, untrammeled Wilderness joins places and sites that throughout history and across cultures have come to embody attributed meanings. Like sacred groves, shrines, and cathedrals, to which Wilderness is so often compared, untrammeled areas are especially conducive to experiencing the aesthetic, symbolic, and spiritual values associated with Wilderness.

The definitions do not suggest that we should accept human-caused change in Wilderness. Quite the contrary. Developments and other actions in Wilderness that are done with the intent of altering wilderness conditions or that are taken with disregard for the wilderness condition are not natural or permissible. But changes resulting from global-scale stressors are substantially different in that their intent is not to alter the wilderness area, and they do not express disregard for it. Therefore, it is argued here that these definitions are most appropriate in the Anthropocene and provide conservation agencies the best means for the protection and perpetuation of Nature.

ROGER KAYE is the Alaska Wilderness Coordinator for the U.S. Fish and Wilderness Service: email:  roger_kaye@fws.gov  This article is based on the author’s judgment, interpretation, and emphasis, and does not constitute a policy position of the author’s agency. 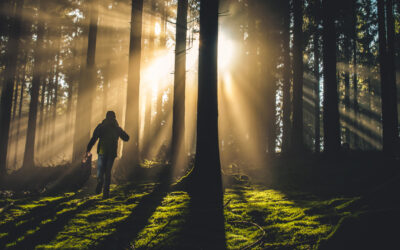 What is visitor use management? Identifying functional and normative postulates of an interdisciplinary field of study

The axioms of Visitor Use Management can guide us towards a future that enriches the lives of the public while preserving our cherished resources for generations to come. 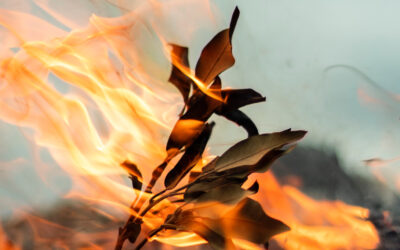 Are We in Need of “Triage” for Wilderness?

As part of a larger management strategy, “triage” actions can work with long term decision-making to provide wilderness managers with the best practices necessary for wilderness stewardship. 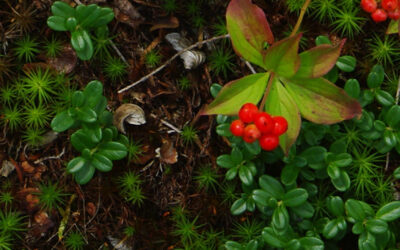 Biodiversity: The Language of Wilderness

“Biodiversity: The language of wilderness” is part of Northeast Wilderness Trust’s “Wild Works” series, which characterizes the values and benefits of wild, unmanaged landscapes.