After Preservation: Saving American Nature in the Age of Humans 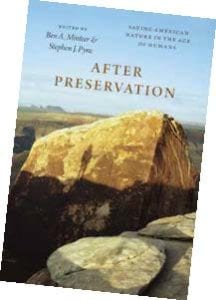 In an age of supposed human domination of the planet, the Anthropocene, environmental ethicist Ben Minteer and fire historian Stephen Pyne ask if “the very idea of preservation [is] anathema to good conservation stewardship.” Should we “get on with the business of smart planetary management and get over outmoded myths of a separate, pristine, wild nature that exists free from human influence”? They collect accessible essays from prominent ecologists, historians, philosophers, foresters, activists, and journalists who focus on the struggle to find a moral and objectively successful alternative to the gold standard of wilderness and strict nature preservation.

While an expanding anthropogenic influence might now be inevitable, these authors find the notion of “the Anthropocene” to be wanting and overwrought. As a construct it is insufficiently precise as to when it began and does not rise to the level of a geological epoch. Anthropological criticism pins impacts not on all human action but rather on those of a small group of industrial capitalists. Conservation biologists suggest it invites complacency and question the degree to which humans do impact, control, and dominate the planet. The Anthropocene critique and its attendant “boisterous humanism” offers inadequate alternatives to preservationism and even less foresight to the consequences of greater human domination and control. As ecologist John Vucetich and philosophers Michael P. Nelson and Chelsea Battavia note, “Highlighting that we live in the Anthropocene adds little insight for understanding how we ought to behave.”

With frequent inspiration from Aldo Leopold’s writing and an enthusiasm for environmental pragmatism, the authors in this collection seek a moral heart for conservation. There are frequent calls for humility, restraint, caution, and care toward nature. Holmes Rolston III urges humans to “manage ourselves as much as the planet.” Since “we’re used to the idea of centralization and control,” Bill McKibben points out, the Anthropocenenotion leads more to an expansion of hubris and greed than to a genuine respect for nature. In the face of the mysterious, the beautiful, the unknown, and the unknowable, we must still moderate human desires and sacrifice our current wants in the name of other priorities, current and future.

This collection, then, does little to weaken the value of wilderness. Indeed, environmental reporter Andrew Revkin writes, “On a human-dominated planet … retaining some sense of the wild and untrammeled – actually becomes even more important.” Instead, these authors call for a range of conservation efforts. Curt Meine reminds that agrarian and urban conservation traditions are entirely complementary to wilderness preservation. Ecologist Terry Chapin suggests that nature “should be celebrated across a broad spectrum of naturalness,” and Jamie Rappaport Clark points out that “nature cannot thrive with only pockets of protection.” Writer Emma Marris acknowledges, “Wilderness is, however, the moral heart of such conservation. Respecting the self-willed character of the land is the moral motivation for many conservationists.” Later she adds, “To be truly humble is to put other species first, and our relationship with them second.” 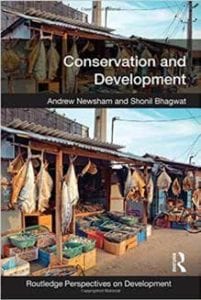 REVIEWED BY STEPHANIE COULSON, a graduate student in Outdoor Recreation and Tourism Management at the University of Northern British Columbia; email: scoulson@unbc.ca.

Aldo Leopold was a forester, wildlife scientist, author, and one of the most important conservationists in history. Leopold was the father of the Land Ethic, that states that plants, animals, all living things make up “the Land” and should be protected. Award-winning author Marybeth Loribiecki brings Leopold to life in this vivid new biography. Featuring resource and activity sections, a timeline, a bibliography, and historic black-and-white photographs.

A contest to design the United State’s first city park opened new doors for Olmsted when his winning design became New York’s Central Park, just one of Olmsted’s ideas that changed the nation’s cities. Award-winning author Julie Dunlap brings Olmsted to life in this memorable biography, featuring resource and activity sections, a timeline, and a bibliography, as well as black-and-white historical photographs.

Breath of Wilderness The Life of Sigurd Olson Kristin Eggerling

Sigurd Olson’s love for wild places and how that love transformed his life, inspired him to play a key role in the movement to preserve wilderness throughout North America, including the Boundary Waters Canoe Area Wilderness, the largest lakeland wilderness in the United States. Features resource and activity sections, a timeline, a bibliography, and historic black-and-white photographs. 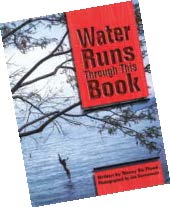 Through photographs, verse, and narration, Water Runs Through This Book teaches how water runs through all aspects of our lives. Including everyday tips to help conserve, it will inspire children and adults to valaue water resources and to become better global citizens. Winner of the 2015 Sigurd F. Olson Nature Writing Award 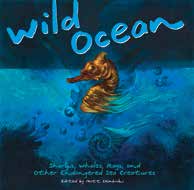 The world’s oceans represent the last wild frontier on Earth. In this graphic novel collection, Matt Dembicki, editor and artist pulls together stories of twelve iconic endangered sea animals. Produced in cooperation with the non-profit PangeaSeed, these compelling scientific vignettes also educate and foster a passion to conserve the oceans’ resources.

Creepy Crawlies and the Scientific Method More Than 100 Hands-On Science Experiments for Children
By Sally Kneidel
Paperback, 8.5 x 11, 240 pages, $24.95 us 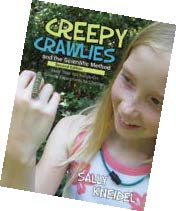 Uses bugs, insects and critters to teach children the five steps of the scientific method: question, hypothesis, methods, result, and conclusion. Focusing on fun as well as education, and operating on the premise that doing is learning, More than 100 different activities which will ignite children’s curiosity while also building foundations for critical thinking and scientific understanding.