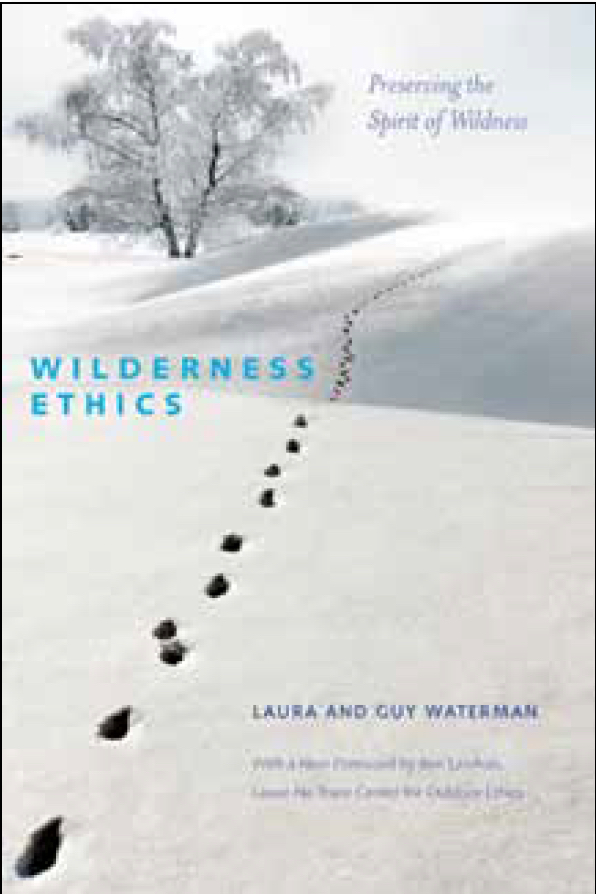 When the book Wilderness Ethics: Preserving the Spirit of Wildness was first published in 1993, it became a warning cry to many of us. With large numbers of visitors and well-meaning but overzealous management building more into undeveloped areas with helicopters and radios blaring, what was happening to our wildlands?

The Watermans helped frame the issue: “Preserving the spirit of wildness requires action on at least two entirely distinguishable fronts. In the first place, the more obvious forms of destruction – industrialization, whether by miners or the recreation industry or second-home developers – must be fended off from significant blocks of natural lands. But after that, we must decide what we are preserving that land for: the preserved land must be treated with respect for its wild character, its internal integrity, the spirit of the land” (p. 27). Above all else, 20 years ago the Watermans asked us to care for the spirit of the land, not just the physical reality, but for the spirit of wildness.

Fast-forward to 2015: We have recently celebrated the 50th anniversary of designated American wilderness and there are more than 108,000,000 acres (43,706,049 ha) of designated wilderness in the United States and thousands of public and private wildernesses throughout the world. A reader might naturally wonder if so many years later Guy and Laura’s writing on preserving the spirit of wildness is still relevant.

Wilderness Ethics covers a lot of ground in identifying threats to wildness, from large groups and helicopters to radios, search and rescue, and scientific research. On the latter point they ask, “Is there left any cold waste of ice where no motor drones and no scientific progress is made, where man is not doing any beast any favors, where some great white animal pads silently its solitary way under a sky full of stars, alone?” (pp. 222–223). Looking at today’s issues it is easy to see that some of the names have changed but many of the underlying problems remain the same. Cell phones have replaced – and far surpassed – radios, and well-intentioned research often leads to degradation of wilderness values.

Many years ago the Watermans noted that “the clash of wilderness preservation versus use and enjoyment by thousands is inherently unresolvable. But that does not absolve any of us from striving to resolve it, from doing the best our generation can to preserve the spirit of wildness. …The purpose of this book is not to get you to agree with a program or philosophy of ours, but to try to help all of us think about ideas that matter” (p. 29). Indeed, 25 years later the ideas still matter and the spirit of wildness remains under constant threat. We must keep asking the difficult questions of what it means to preserve wildness, even if the answers seem elusive. Whether for the first time or for the tenth, anyone who cares about what wildness means and how we can protect it would do well to read or reread this book. 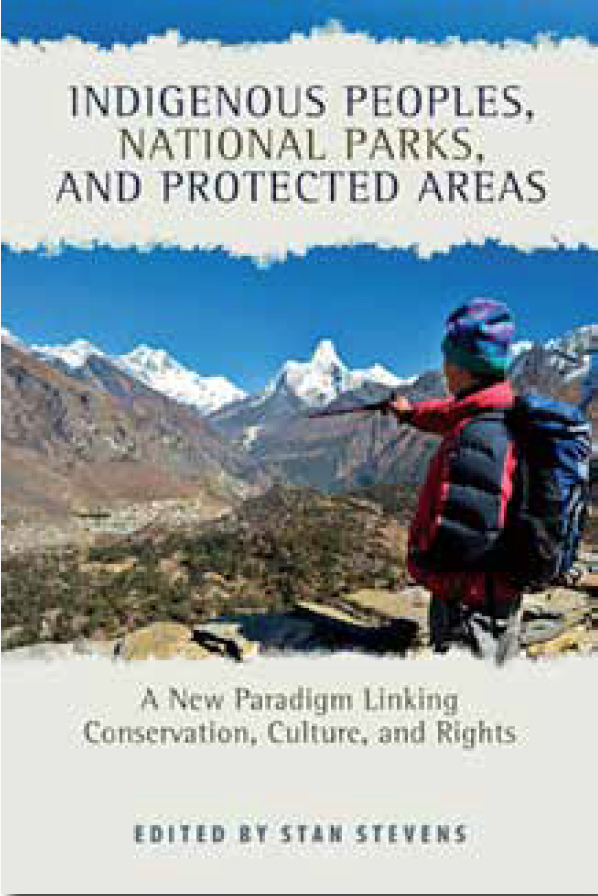 Conservation is currently caught  in the wake of two conflicting paradigms. The original version from the 19th century, often called “fortress conservation” or the “exclusionary model,” expressly outlawed Indigenous presence, often using forced removal of these peoples from their traditional territories. The “new” model, a more “inclusionary” and “rights- based” model, first appeared in the 1970s but has been increasingly influential in the local, national, and particularly international conservation realms. Stan Stevens’s new book “explores the sea change in thinking about protected areas and Indigenous peoples and examines both encouraging and cautionary experiences with implementation of the new paradigm” (p. 9).

The first of three sections in this book provides an overview of both paradigms and two case studies from Australasia and Alaska, which gauge conservation agencies’ adjustments to the new paradigm. The second section uses four additional case studies from North and South America to further examine the complexities of moving to a new conservation paradigm. The final section focuses on how to move forward, using three case studies of successes and failures from South Africa, Guatemala, and Nepal as well as a concluding chapter from Stevens. This final chapter highlights best practices and barriers to achieving progress in moving to the new paradigm.

Wilderness is discussed through- out the book in a variety of ways. For example, while Stevens states early in the book that “the new paradigm does not (as many assume) deny the value of nature protection or wilderness. Strict nature protection can be appropriate and just if it has Indigenous peoples’ free, prior, and informed consent; fully and effectively involves them in governance; and does not violate rights” (p. 8). However, it is also noted that the wilderness concept’s separation of nature and culture does not fit with most Indigenous peoples’ world-views (p. 11) and that conservation agencies used the concept of wilderness to help exclude Indigenous peoples from their homelands (p. 39). This reflects the mutual skepticism between wilderness supporters and proponents of the new paradigm: both fear the challenges each paradigm brings to their worldviews, attitudes, and values.

Rather than merely championing the new paradigm, the authors critically review the existing barriers to moving forward and note both the successes and failures of existing rights-based conservation efforts. For example, shared governance agreements (e.g., co-management) still “privilege Western science and science-based techno-managerialism and ignore, trivialize, or distort Indigenous peoples’ science, knowledge and expertise” (p. 303); there is a continued lack of capacity in both Western and Indigenous agencies; and the impact of long-standing inequalities, including overt and covert forms of racism and “other- ing” within Western culture.

This book provides a passionate, well-researched call to arms, an insightful acknowledgment of key barriers, and a forward-looking vision that deserves a wide readership among wilderness and conservation proponents.

REVIEWED BY JOHN SHULTIS, bookreview editor of the IJW and associate professor at the University of Northern British Columbia; email: john.shultis@ unbc.ca.