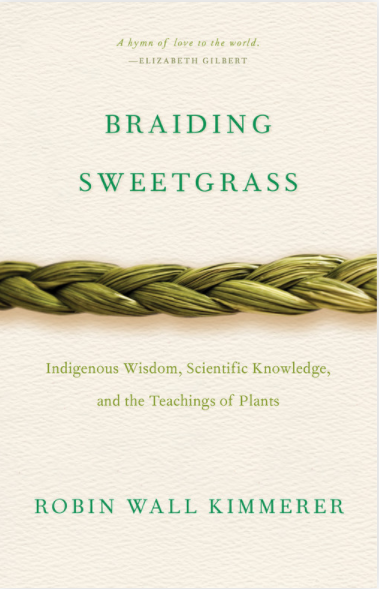 The view that humans are separate from nature runs deep in Western thought and wilderness stewardship practice. This construed human-nature dichotomy arguably underlies much of our species’ environmentally destructive behavior while impoverishing us emotionally by severing our bond with the rest of the living world. In Braiding Sweetgrass, Robin Wall Kimmerer responds to this crisis of “broken land and empty hearts” by offering a braid of stories meant to reimagine and heal the human-nature relationship (p. 126).

As a trained scientist, decorated professor, and member of the Citizen Potawatomi Nation, Kimmerer is a self-described “traveler between scientific and traditional ways of knowing” (p. 37). Drawing on this diverse background, Kimmerer seeks to transform our relationship to land and open our eyes to an alternative way of understanding informed by Indigenous wisdom and botanic study. Through this lens, symbiotic relationships between all living things and their surroundings come into focus. Indeed, from Kimmerer’s collection of essays emerges “a worldview shaped by mutual flourishing” (p. 371), in which it is impossible to separate individual well-being from the health of the whole.

Kimmerer argues that once we perceive organisms (including humans) and their environs as connected and engaged in mutual caregiving (rather than separate entities locked into rivalry), then the world presents itself as a gift. A gift, in turn, invokes an ongoing relationship characterized by feelings of gratitude from which springs a sense of responsibility to give back. If we can learn to see and walk again in “a world full of gifts” (p. 23), we can cultivate cultures of gratitude (both in ourselves and society at large), in which we act and recognize ourselves as cocreators of biocultural diversity. However, in keeping with the theme of reciprocity, “it is not a question of first getting enlightened or saved and then acting. As we work to heal the earth, the earth heals us” (p. 340).

Braiding Sweetgrass provides a much-needed examination of long-held assumptions about human separateness and offers a fresh way of perceiving the human-nature relationship in terms of reciprocity, connectedness, and caregiving. In doing so, the book lights a way for how we can heal our broken relationship with the land (and, by extension, ourselves).

Moreover, in promoting a revitalization of indigenous lands, language, culture, and philosophies, the book is highly relevant during this time of reinvigorated national discussions around issues of inclusivity, equity, and social justice. Kimmerer both inspires and challenges us to meaningfully integrate Indigenous perspectives into our economic, political, and stewardship agendas, with potentially subversive and far-reaching consequences. If we embrace this daunting but auspicious challenge of opening up to alternative ways of knowing and reconceptualizing our relationship with the more-than-human world, a more equitable, resilient future will be within our grasp. 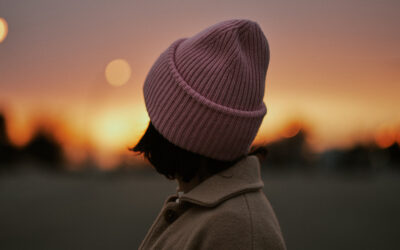 Protected Areas in a Post-Pandemic World

I am excited that 2021 brings us the 27th volume of the International Journal of Wilderness, and with is comes new beginnings. 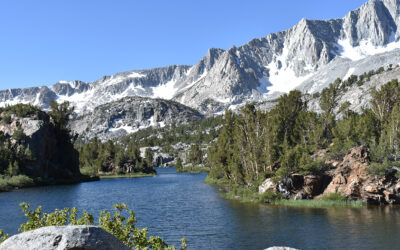 In judging Muir’s legacy, we should be compelled to look inward, admit our own shortcomings, and acknowledge that we, too, have been participants in a system that oppresses Black Americans, Indigenous peoples, and other people of color. 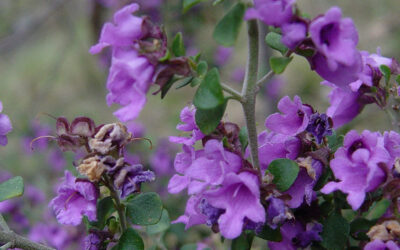 The Curse of the Wild Horses: Deromanticizing Feral Horses to Save Australia’s Kosciuszko National Park