After a two-hour drive and an hour-long hike we were homing in on the location. I held up the photo and Max agreed – we were close. “I think that big rock in the foreground is that one right there.” Max pointed to a large lichen-covered basalt boulder attached precariously to the edge of the 1,000-foot (305 m) escarpment. After some adjustments and cautious positioning, Max got the angle just right and we completed our second photo point of the day, which gave us a great comparison with a 1971 photo from the same location. We took that photo to show the size and density of western juniper in the landscape and to complement the more quantitative measure Max and other refuge staff had developed as part of our wilderness monitoring effort.

This was Max’s first day venturing into the Poker Jim Ridge Proposed Wilderness Area (Figure 1) as a wilderness fellow working to conduct wilderness character monitoring for 359,000 acres (145,282 ha) across nine proposed wilderness areas on the Hart Mountain National Antelope Refuge in south-central Oregon and in the nearby Sheldon National Wildlife Refuge in northwest Nevada.

The nine areas were recommended for wilderness designation through proposals submitted by the president to Congress in 1969 and 1974. Today these areas remain as proposed wilderness areas awaiting action by Congress and are managed in the interim by the U.S. Fish and Wildlife Service (USFWS) as wilderness. Both prior to and since these areas were proposed for wilderness designation, the USFWS has managed them to fulfill their wilderness purposes; for the conservation and restoration of fish, wildlife, and plants; and as a range and breeding ground for pronghorn and other wildlife. These efforts have included both reintroduction and removal of plants, fish, wildlife, and other animals; construction and removal of permanent structures, including livestock developments; control of both wild and prescribed fires; and surveys, scientific studies, and research. However, despite the variety and number of conservation and restoration efforts, little has been done to document changes to wilderness character during the 45 years since these areas were originally proposed for designation.

Overall, the wilderness character monitoring process was fairly straightforward and relatively easy. The USFWS’s monitoring strategy relied on previously collected data, final reports for other National Wildlife Refuge System wilderness areas as examples, and a wilderness fellow who was highly motivated, had already been trained, and hit the ground running. The primary task for refuge staff was to select monitoring measures for each of the wilderness quality indicators that had been established for the National Wildlife Refuge System. The refuge staff as a group discussed and identified a list of possible measures that were then refined based on the type and quality of existing information available. Once a final list of measures was identified, data were compiled and then a final written report was produced. 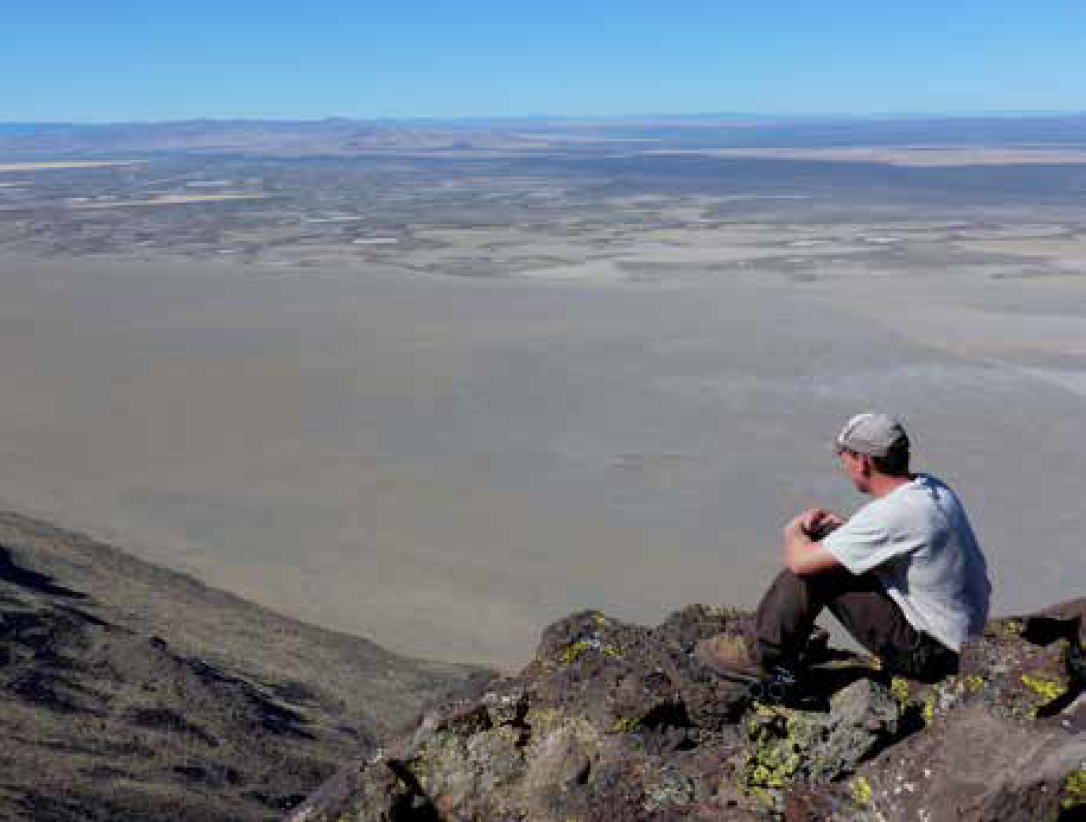 For example, feral horses and burros have long impacted the natural quality of the nine proposed wilderness areas. While accurate annual population estimates are available, there are few barriers to animal movements other than the barbed-wire fence that encompasses the entire Sheldon Refuge. Because it was not possible to estimate the number of animals within each proposed wilderness area, the total number of animals within the refuge was the measure used. Measures were selected, when possible, using data available to represent each wilderness area separately, such as measures of air quality and species diversity. To alleviate spatial problems associated with monitoring measures, we relied heavily on measures based on discrete location data, such as the number of prescribed fires, the acres of a particular plant species, or the number of permanent water developments.

By contrast, we found other measures may not accurately capture future change. For example, recreation use throughout the refuges is considered very low and there is little data and attention paid to measures of solitude and primitive or unconfined types of recreation. The nine proposed wilderness areas provide ample opportunities for solitude, and while there is little likelihood recreational visitation will increase substantially, the lack of robust measures could present challenges for accurately monitoring long-term recreational trends.

We encountered a few surprises as well. In particular, the monitoring effort highlighted how certain refuge projects or programs have a number of interconnected actions that are simultaneously influencing wilderness character in both positive and negative ways. For example, national concern for greater sage-grouse has  resulted in increased management efforts aimed at protecting and restoring important habitat. Our habitat restoration efforts have improved natural conditions, but at the same time they have manipulated the environment, and involved the presence of work crews and the use of motorized equipment, all of which have degraded wilderness character. Future monitoring should help both illustrate and quantify trade-offs between short-term degradation and long-term improvements from such management actions. The written discussion included in the final report for each monitoring measure was necessary to explain how certain measures were interrelated and would be  important for evaluating trade-offs, expected changes, and trends based on future monitoring efforts.

Refuge staff members are aware generally of what types of aerial flights occur over Sheldon Refuge; however, the total number of flight days from all uses combined was surprisingly higher than expected. While overflights are not prohibited, these flights do impact wilderness character, and it is hoped that these impacts will be considered when deciding the appropriate and minimum tool necessary for administration of these nine proposed wilderness areas and the Sheldon Refuge.

The monitoring of wilderness character for all nine proposed areas was completed using data already being collected by staff or other agencies, and this bodes well for ensuring continued monitoring in the future. Several measures were selected not only because they serve to monitor wilderness character but also because they were already being used to measure progress in meeting other refuge management goals and objectives as well as trends for key refuge resources. The collection of these data to meet other needs and their relevance to management of nonwilderness resources increases their priority and ensures continued collection and tracking in the future.

Several measures rely on data that are less than perfect. As more accurate data become available, measures will need to be adjusted to ensure trends reflect actual changes on the ground rather than improved data accuracy. Some measures may prove to poorly reflect trends in wilderness character and may therefore need to be replaced. As with any monitoring strategy, modifications and changes will need to be made over time, but having a complete baseline inventory against which future changes within each proposed wilderness can be measured are important steps toward better wilderness stewardship.