Many people believe that calling for wilderness preservation and protection means working against all the benefits that civilization has brought to humans. “Return to wilderness” is seen as a reversal of the human development that – more than anything else – has traditionally been characterized by fighting what was previously perceived as wilderness. This short article tries to explain that being “for wilderness” does not necessarily mean one is against human development. It is based on what I call “wilderness philosophy,” which is an approach to the future development of a human society that harnesses the power of natural processes and functioning ecosystems rather than increasingly expensive forms of human-developed energy and other scarce resources. Ecology is the “economy of nature,” and the name is derived from the economical manner in which nature operates. In a simplified sense, one can only assume that the evolution of the biosphere on this planet occurred in a way that allowed natural systems sufficient time to maximise their efficiency in a given set of conditions. If conditions are relatively stable for a given period of time, natural processes are created to be able to use available materials and energy in the most efficient manner – thus, most economically. From the human economy point of view, such a process can be described as one that achieves the highest possible production and highest possible level of recycling of materials per unit of energy input in a given set of physical-chemical conditions within a sufficient period of time. This is most valid, of course, if we view the process and/or system in a holistic way. If the results are measured solely by human
benefits, this perspective may change.

Human Benefits and Wilderness Protection
Such an anthropocentric perspective, in which humans change the ratio of natural benefits toward their own values, has been especially possible since the Neolithic agricultural revolution, as the amount of (organic) matter and inherent energy taken (acquired) from surrounding nature by humans was significantly increasing. This ability to skew benefits in favor of humans was essentially enabled when existing physical-chemical conditions were changed by humans (e.g., fertilizers, irrigation, planting techniques) or, at very least, changed by the amount of added energy flowing into the system (e.g., human labour, machinery). In most cases, although production of goods that were useful for humans was increasing, the overall productivity of the system was usually reduced, and the essential recycling of materials was at least partly disrupted. With technological progress and access to vast sources of very cheap fossil energy, humans learned that they could achieve almost anything. The only limiting factors seemed to be the frequency and speed of technological innovations.

This change in human development led to a dramatic change in the natural system, especially in the highly productive areas, with a human-friendly climate and living conditions. More recently, humankind realized that something had been lost and started various efforts to slow down degradation and negative change. A few centuries ago the first attempts to protect untouched nature started, and the debate about fighting climate change is a more current example. Another example, especially in the developed world, has been wilderness protection – leaving part of nature without visible human impacts. This movement was often narrowed to focus on the protection of remaining wilderness areas – areas with unspoiled, original, or wild nature (see Figure 1). This obviously led to the issue of how to define what is unspoiled, what is wild enough, and what could or could not be called wilderness. Wilderness protection was understood by many people as either (1) a return to the underdeveloped past in which human civilization regressed by no longer regarding wilderness as a foe, or (2) a restriction of options for natural resource exploitation, resulting in fewer options to enhance human economy and well-being. 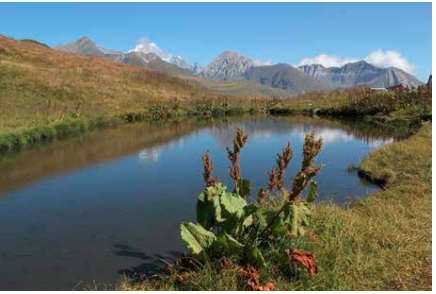 Figure 1 – In Europe, large-scale wilderness is in the north and the high mountains, represented by mountain tundra, mountain meadows, and less by forests. However, even these High Alps are influenced by the presence of humans as evidenced by mountain pastures, tourism, and winter sports. Photo courtesy of Ladislav Miko.

The principle is simple, not really new, and is already used in specific cases. In simple terms: real wilderness areas are those where natural processes are intact and central to the health and function of that area. In these areas, the impact of humans is minor (i.e., presence of humans is not excluded, but without human extractive use and technological impact) and does not alter general function and evolution of the natural system. Many other ecosystems are no longer seen as wilderness because they have been modified, altered, or completely eradicated by humans. This is the historical trend, with ecosystems moving from self-sustaining to human modified and dependent (i.e., dependent on added energy and changed material flows to be maintained).

The situation is much more varied and complex, but the more intensive the human use of a particular area, the more material and more energy is required to maintain it in that condition. This leads to the development of concepts such as sustainability, market failure, internalization of externalities, zero-growth economies, green economy, and so forth. In nature conservation discussions, the idea about the need of active “global gardening” instead of passive nature conservation gets more and more priority and support. We increasingly believe that without active management we cannot keep the ecosystems of this planet in good order, functioning, and delivering necessary human-related services.

Even if this approach is, in principle, close to the reality, it has a faulty hypothesis because it is based on the assumption that humans have already influenced – and will continue to do so – almost all ecosystems on the planet, and, therefore, need to actively manage in a way that these altered systems could still work in humanly acceptable and sustainable way. This clearly conflicts with the “nonintervention” basis of wilderness conservation, in which we protect remaining wilderness areas and wild natural areas (e.g., national parks) without human interventions (see Figure 2). Paradoxically, European nature conservation policy and practice (in general) accepts that the (negative) impacts of human presence can be contravened only by (positive) well-thought-out human interventions.

Figure 2 – Some of the best-preserved wild nature areas in south Europe are in the Dinaric Mountains in the Balkans; this view is from the Mt. Sveti Ilija in southern Croatia. Photo courtesy of Ladislav Miko.

It is time to shift this thinking to a process based on the understanding that in the long-term management of nature, we can only be as successful as the natural processes themselves. Obviously, this does not apply for short-term effects – we can speed up or slow down some processes, or we can alter them. But, as mentioned earlier, the result of such tinkering is an increase in costs of material flows and energy. Sometimes this may be necessary, such as for food production that is an essential need for human survival. Truly sustainable, long-term solutions need to be based on production systems that utilize or closely mimic natural processes that have successfully evolved over countless millennia.

Wilderness Philosophy
The main idea of wilderness philosophy is simple: let us spend energy and materials wisely – as much as possible only where other means of achieving the same effect does not exist. In other words, let natural processes work, delivering goods and services everywhere it is possible, and do not take unnecessary actions that cost energy.

Therefore, any human development (i.e., management of ecosystems) that shifts toward utilizing natural processes rather than destroying them moves us toward a lower-cost development (i.e., achieving the same result by employing natural processes with lower input of energy from humans) is what I call a “wilderness philosophy.” Such development promotes protecting existing wilderness, restoring wilderness where we do not need it for other uses, and requiring material transfers and energy only for activities for which we cannot achieve the result otherwise. Such a philosophy does not provide a priori solutions for everything, and it is not about going back in history and development. Rather, it serves as a basic orientation in selecting the available options.

If the forest can grow naturally, let it grow and do not invest human energy, money, and time to plant and grow it (see Figure 3). If, on the other hand, keeping a highly biodiverse hay meadow is impossible without added energy, it is completely in hands of humans to decide to do so. If water retention can be assured by naturally improved soil structure, let us prefer this way instead of building reservoirs. However, if this means of water retention does not suffice in protection against flooding, and there is no other option, then build dams. The issue is that you build dams only for water when there is no natural alternative after minimising the run-off by natural processes (e.g., improved soil structure, vegetation cover, natural flooding areas). If the amount of energy needed to cool-down our over-heated towns can be diminished using green roofs with cooling effect of evapotranspiration, let us use it.

Figure 3 – Abandoned patches of land close to large urban territories may develop into suitable habitat for many mammals, birds, and other animals, including a wide variety of insects and other invertebrates. This urban wilderness area in a densely populated Brussels capital region evolved on a strip of land along a former railway. Photo courtesy of Ladislav Miko.

This type of “Wilderness philosophy” is the basis for wise use of natural processes, and for increasing the proportion of such processes active in ecosystems everywhere. We see this philosophy in concepts such as sustainable use, green infrastructure, the Nature Needs Half concept (Martin and Randall 2013), in ecological restoration, or in increased resilience. The elements of wilderness philosophy have already been implemented in ongoing policy developments in the European Union, initiated by resolution of European Parliament and first European conference on wilderness held in Prague in 2009 (Martin et al. 2008; Coleman and Aykroyd 2009; Barthod 2010). Linkages to this approach, even if not explicit, can be found in ongoing scientific research related to impacts on biodiversity (Jones-Walters and Čivič 2010; Smil 2011), or to economic or socioeconomic concepts such as The Economics of Ecosystems and Biodiversity (TEEB) (Balmford et al. 2002; Balmford et al. 2008; Ring et al. 2010; Haberl et al. 2012; Wijkman and Rockström 2012).

Basic understanding of the simple principles of this wilderness philosophy will help in achieving broader public support for protecting the remaining wilderness areas and will help the public and policy makers realize that wilderness protection is not a regression, rather it is action for a healthy and prosperous future for humankind and all life. It could help a broader societal change that assumes wilderness is part of human identity and allows society to recognize the full range of values evident in nature and natural processes.

In summary, the wilderness philosophy will:

LADISLAV MIKO is a deputy director-general for food chain at DG Health and Consumers of European Commission and teaches ecology as a professor at Antwerp University in Belgium and as an associate professor at Czech University and Life Sciences University in Prague; he chairs the Wild Europe Initiative and promotes the wilderness concept in Europe.

Ring, I., B. Nasjurgens, T. Elmquist, H. Wittmer, and P. Sukhdev. 2010. Challenges in framing the economics of ecosystems and biodiversity: The TEEB initiative. Current Opinions in Environmental Sustainability 2: 1–12.